Linda was a 65 year old woman who was seeking an improvement in her neck as well as her jawline. During her consultation , Dr Szalay examined Linda carefully and felt that the Lift-Plus of her neck and jowls would be ideal.

He explained to Linda how the Lift-Plus compared to a traditional necklift and facelift. The main similarity is that the incision is similar in both procedures. A very fine s-shaped incision curves and closely hugs the front of the ear before looping underneath the earlobe, up along the back of the ear and then going into the hairline behind the ear.

The main difference between the Lift-Plus and a standard necklift or facelift is that there is much less undermining of the skin with the Lift-Plus. This saves the blood supply to the skin resulting in less bleeding, less bruising and safer skin healing.

Linda was thrilled with the appearance of her new, firm neck and jawline.

Jennifer was a 52 year old woman  who was seeking improvement of her jawline and upper neck. During the consultation Dr Szalay examined the upper neck and was able to feel some thickening of the fat tissue in that area so he recommended liposuction of the upper neck to Jennifer as well as the Lift-Plus of the Neck and Jowls.

In patients over 40 years old it is usually necessary to use a tightening procedure such as the Lift-Plus in addition to liposuction when the neck is treated. If liposuction alone is performed, it will remove the fat but is likely to result in loose skin. The Lift-Plus uses multiple sutures to lift and support the  deep tissue and skin.

Jennifer was very happy with the smooth, well defined jawline and neck that she was able to achieve.

Melissa was a  47 year old woman who felt young and energetic and wished her  neck and face to reflect how well she felt in herself.

During the consultation, Dr Szalay carefully examined Melissa’s neck and face, listening to her concerns and encouraging Melissa to explain what it was that she was hoping to improve. Dr Szalay and Melissa agreed that the most significant rejuvenation to her appearance would come from tightening Melissa’s neck and jawline. Accordingly, he recommended the Lift-Plus of the neck and jowls.

During the procedure, multiple fine sutures were used to lift the loose tissue of the neck and jawline in order to achieve a firm, smooth and natural result.

Melissa was very happy with her new neck and jawline, and commented afterwards that friends told her she looked refreshed.

Michelle was a  39 year old woman who had noticed over the previous 2 years that her jawline had loosened as well as her upper neck. Dr Szalay recommended to Michelle that the Lift -Plus of the Neck and Jowls would be the ideal procedure.

Usually, when the neck loosens, it is combined with loosening of the jawline. When these areas are tightened during a Lift-Plus procedure, the direction of the tightening moves backwards but also upwards onto the face. For this reason, the majority of patients seeking improvement of their neck will also need their jowls done.

During the Lift-Plus, multiple fine sutures loop around the deep tissue of the neck and jowls. This deep tissue is called the platysma and SMAS and is the same tissue which is tightened during a standard necklift or facelift. The major difference is the technique used by Dr Szalay is much less invasive.

The post-operative photo was taken 3 months after surgery and the Michelle was very happy with the more youthful defined contour of her jawline and neck.

Barbara was a  70 year old woman who was bothered by noticeable bands on the front of her neck. Barbara was healthy and active and was hoping to have the bands improved. Dr Szalay recommended to Barbara that the Lift -Plus of the Neck and Jowls would be the ideal procedure.

He explained that the deep tissue at the front of the neck is lifted upwards and backwards and with it, the excess skin is also lifted and tightened and then actually removed through a fine incision along the front of the ear and then backwards into the hairline behind the ear.

Whilst it is less invasive than a standard necklift, bruising is still to be expected and for this reason it is necessary to wear a compression garment for a minimum of 3 days following the procedure, sometimes longer. It is best to allow 2 weeks to recover from the procedure and sometimes more elderly patients can need a bit longer.

The post-operative photo was taken 3 months after surgery and the Barbara was very happy with the new, smooth appearance of her neck.

Results can vary among individuals. Any surgical or invasive procedure carries risks. Before proceeding, you should seek a second opinion from an appropriately qualified health practitioner

Dr Szalay has significant experience in breast augmentation and has performed well over 2000 pairs of breast implants.

Dr Szalay's precise and subtle cosmetic eyelid surgery can highlight the eyes and brighten the face. 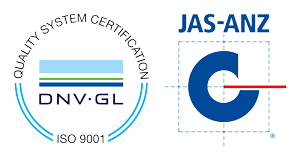